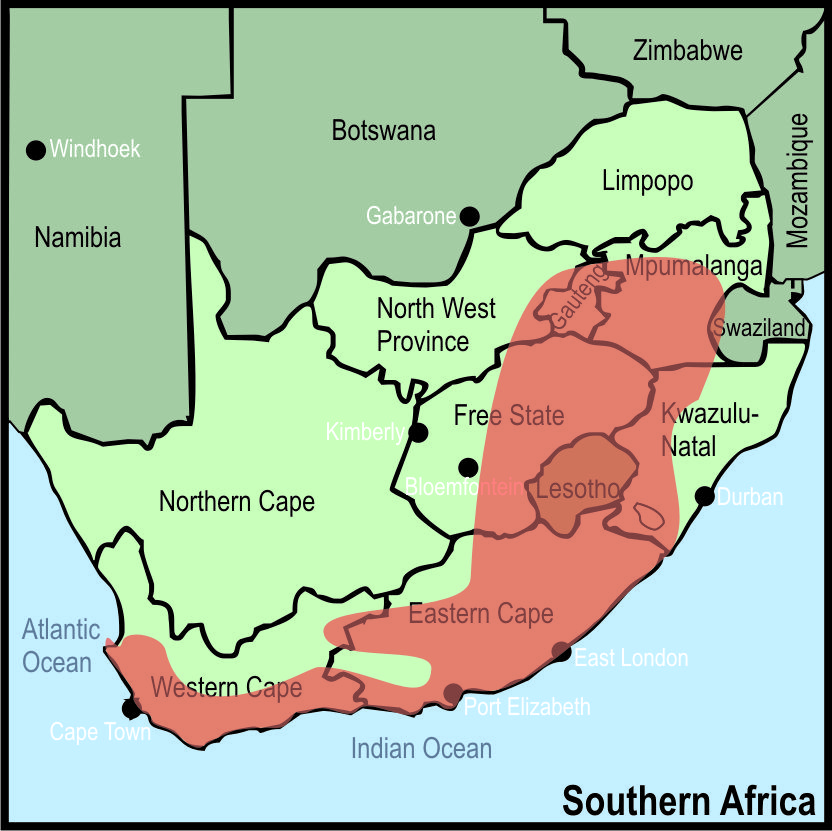 Neurotoxic and cytotoxic. Effects not as potent as that of other cobras. Few bites occur as snake tends to spit rather than bite. Bites present as a painful, progressive swelling syndrome, often with severe local effects; in serious bites a high risk of amputation on extremities exists. Neurological effects include general paralysis and impairment of breathing, leading to death. Adult lethal dose: 50 – 60 mg; yield: 80 – 230 mg, average 120 mg. Venom in eyes causes extreme pain and should be immediately washed out with copious amounts of water to prevent permanent damage and blindness; medical attention must be sought as soon as possible. Polyvalent anti-venom is available.

Found in grassland and fynbos near wetlands, avoiding bushveld and forested areas.

Diurnal, basking from mid-morning before foraging for frogs, toads, rodents, birds and their eggs, lizards and other snakes. Often near homesteads in search of prey, water or shelter; a well-known raider of chicken runs. Dogs in Gauteng kill many and usually present with red, inflamed eyes from venom spat at them. Occasionally, dogs incur bites, with smaller dogs at risk of dying before treatment by a veterinarian. Usually flees but if cornered, faces its attacker, raising front of body off the ground and spreading a broad hood, exposing the throat bands. From this position, lunges forward, spraying venom at the attacker, before slamming the raised part of the body audibly on the ground while emitting a loud hiss. If threat persists, snake drops to the ground and twists front part of body over while opening the mouth, to feign death. Once sensing a threat has abated, rights itself, “comes to life” again and moves off. Careless handling of a snake feigning death can result in envenomation.
Reproduces by giving birth to fully-developed young. 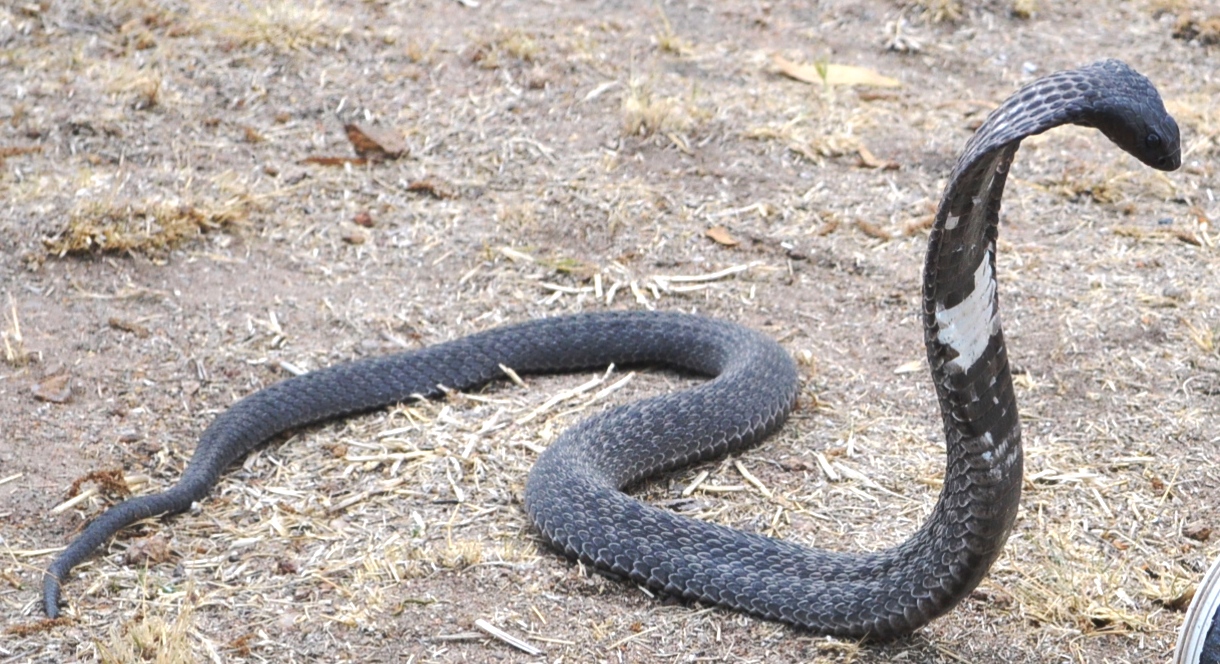 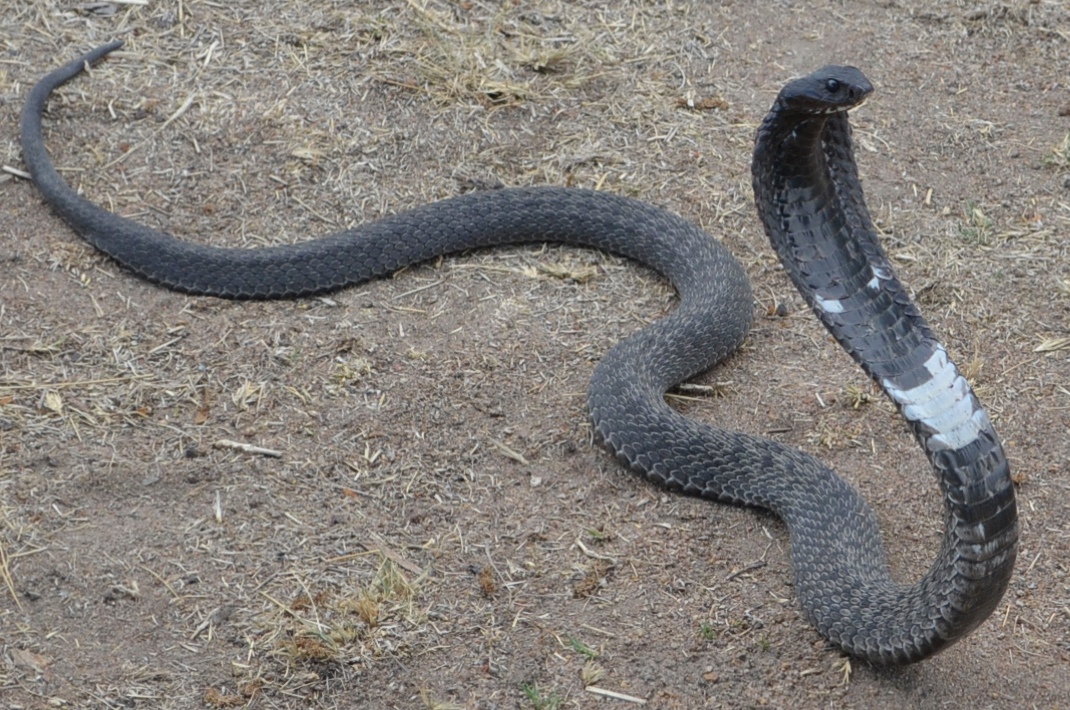 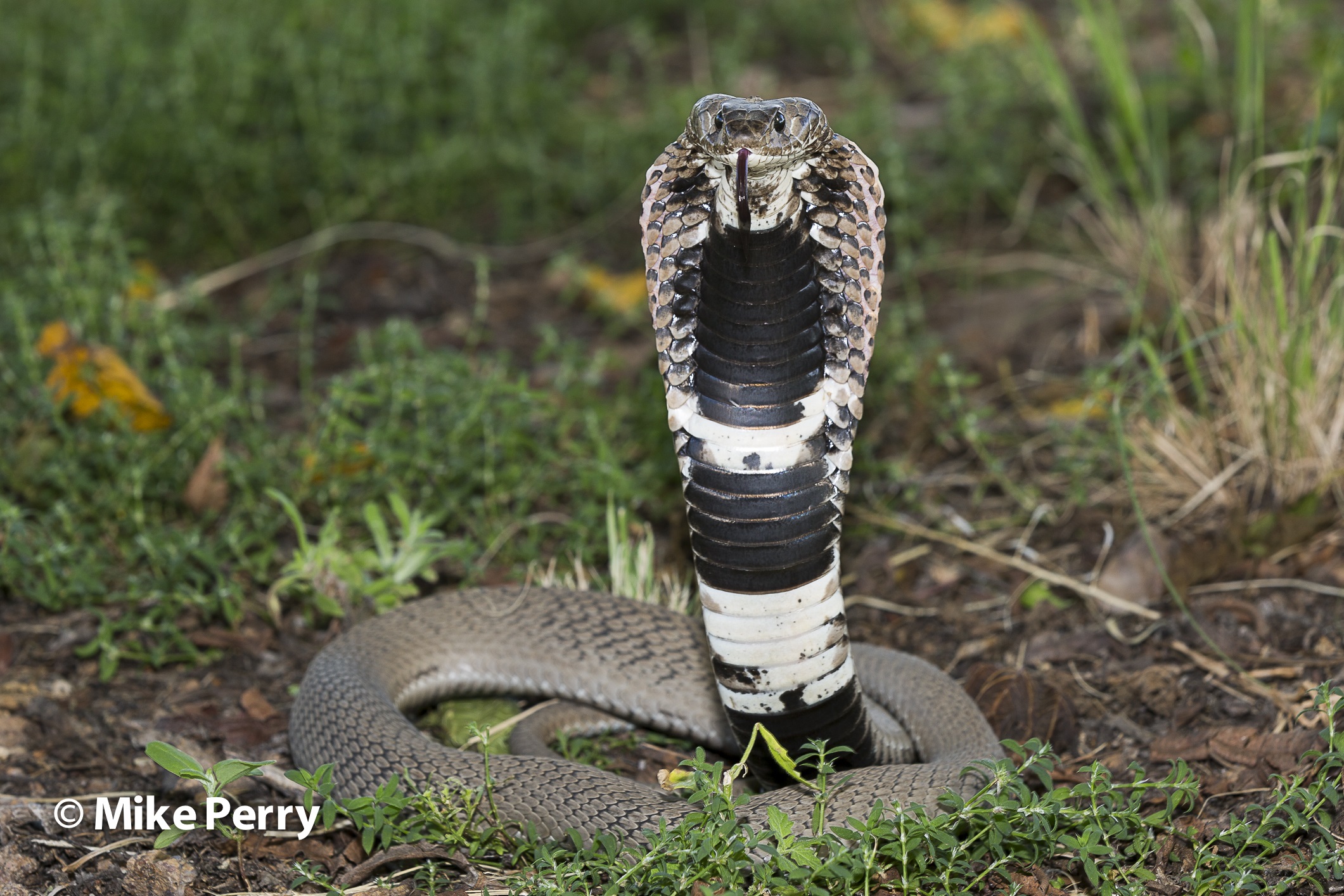 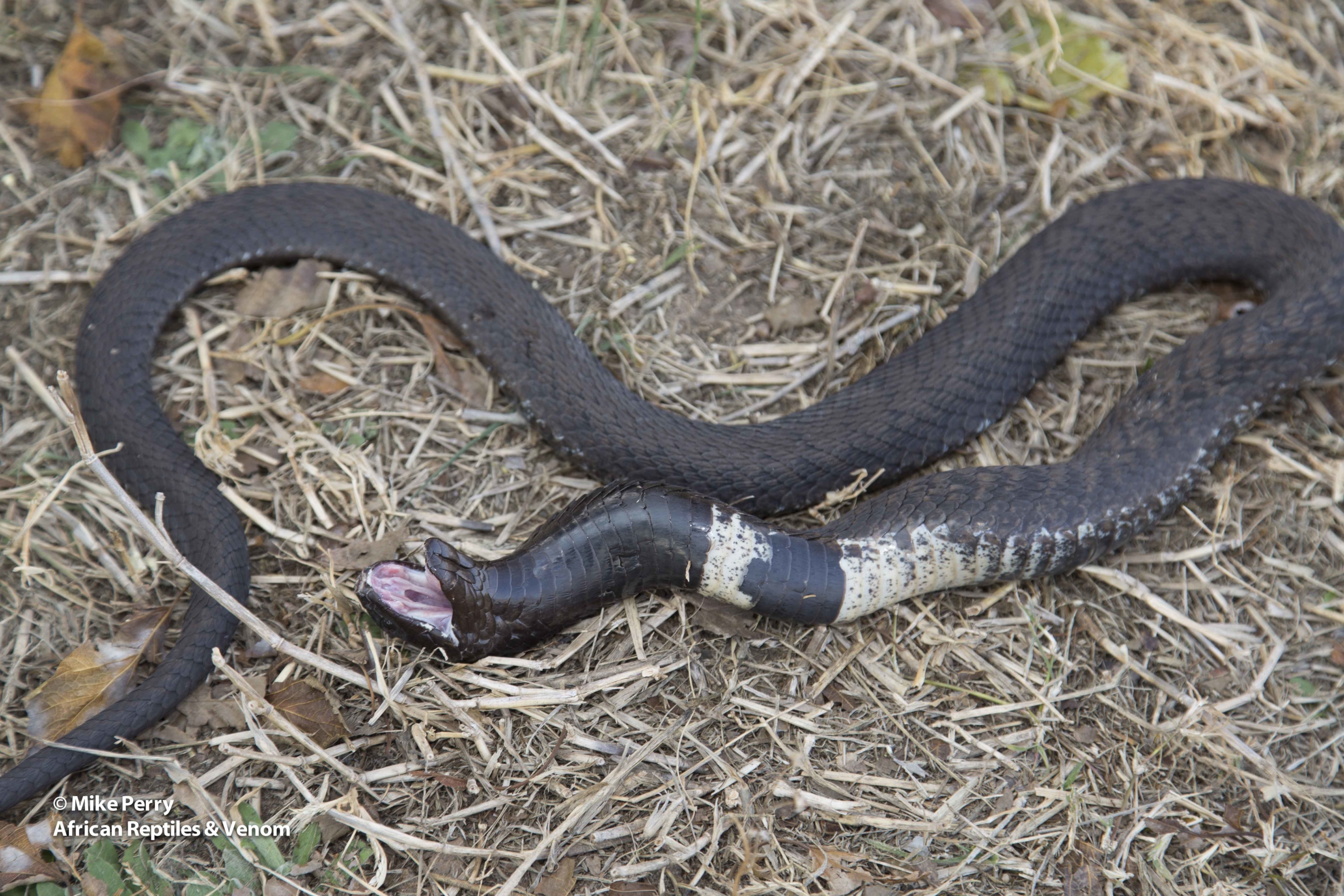 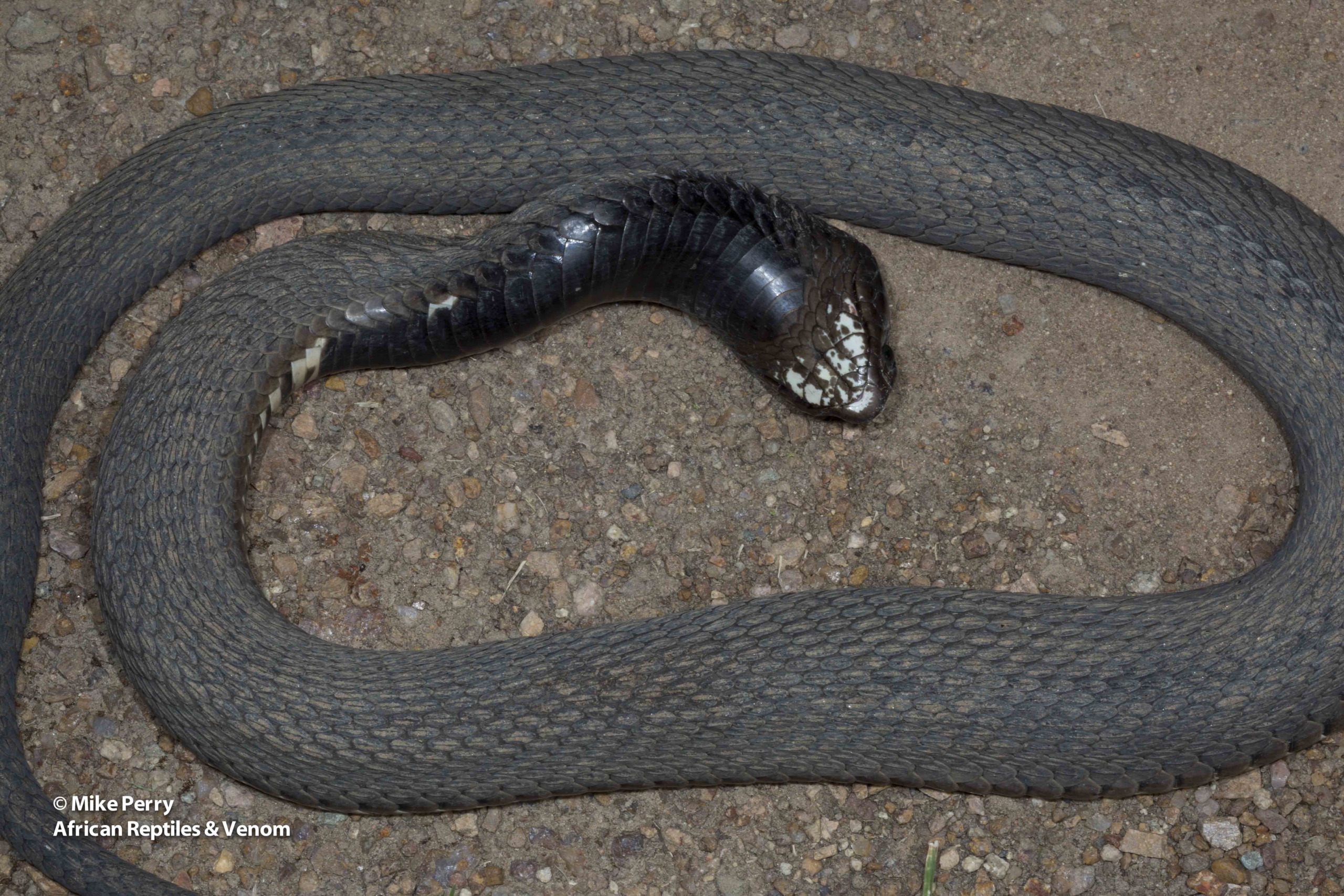 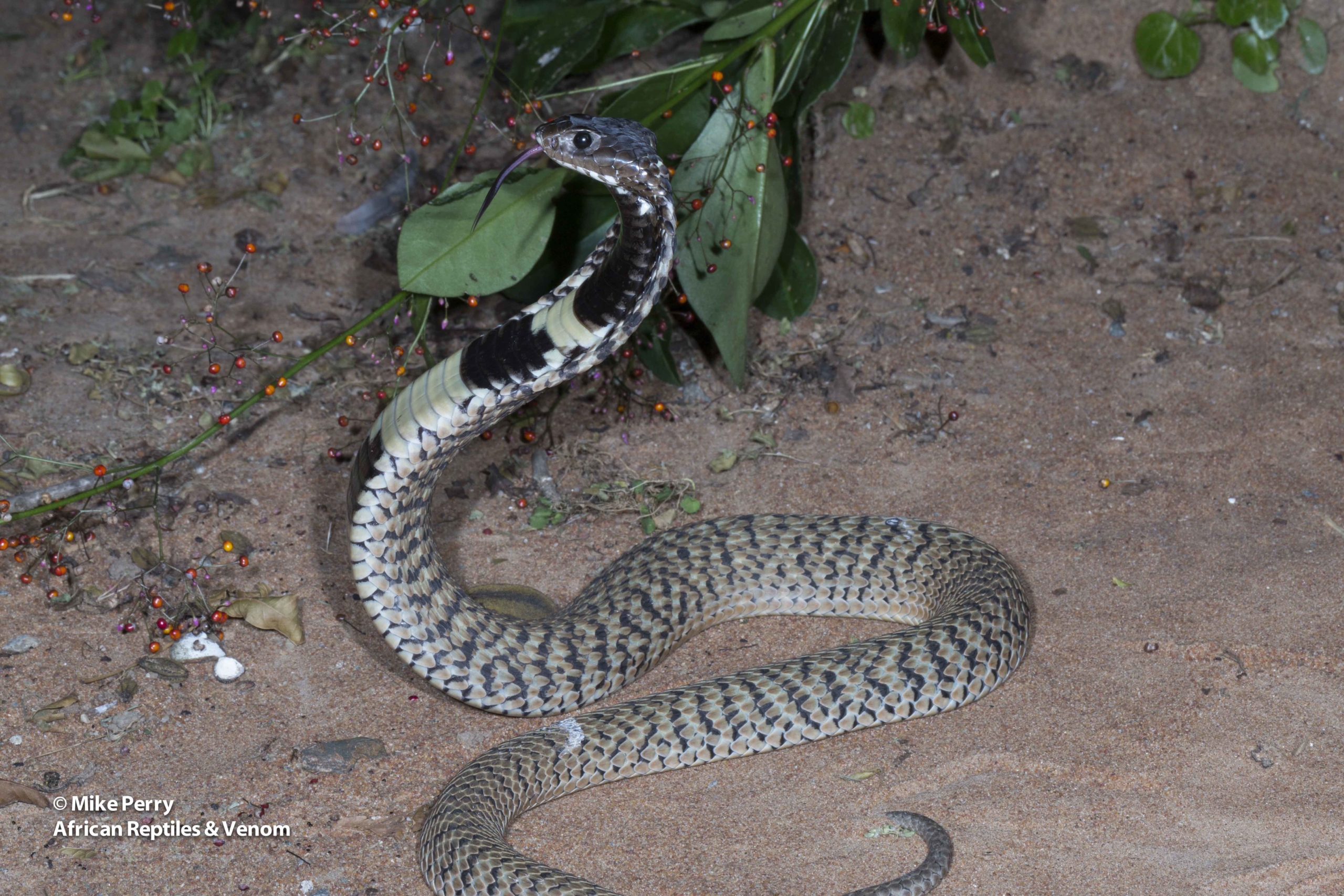